Dulwich International High School Zhuhai was the fifth school to join the Dulwich family of schools. Our school was co-founded with the Yung Wing School, a leader in local private education. Yung Wing was the first Chinese student to complete undergraduate study in U.S, at Yale University. He helped to build the first overseas research project in modern China.

Our school is made up of over 300 students from 14 to 18 years old. There are more than nine different nationalities represented in our diverse group of students.

Dulwich International High School Zhuhai has many wonderful traditions, but none represents our students' love and care for community more than our Call of the 90s’ charity performance. Students organise a wonderful night of entertainment, now in its eleventh year, involving many other schools from Zhuhai.

The organisation of the event is solely done by the students from our school, and their leadership skills come to the fore as they plan, prepare and implement the event. Last year the event attracted thousands of audience as the students entertained with their singing, bands, dance and drama performances.

Dulwich International High School Zhuhai is proud of our Call of the 90s’ charity performance because we believe that this is a chance not only for us, but for all students in Zhuhai, to show their passion for our local and wider community.

Pastoral Care and our Houses

The system of pastoral care is highly developed at Dulwich International High School Zhuhai. Every student is supported by the class teacher or form tutor and the school’s pastoral team. All our students follow a Personal, Social and Health Education course appropriate to their age and coordinated across the year groups.

Our House system is a key component of the College pastoral care structure. We ensure that children are welcomed into the Dulwich community, that we know them well and that they are supported during their time at the College.

Our House system builds a sense of community within the student body and helps to develop students’ leadership skills. Our House Captains are students responsible for helping to organise house activities, which normally take the form of friendly competitions.

On arriving at our school, all students and staff are allocated to one of four Houses, where they remain during their time with us. Our Houses are named after inspirational and accomplished people: Edward Alleyn, Ernest Shackleton, Soong Qingling, and Yung Wing.

Named for Edward Alleyn (1566 – 1626). Actor Edward Alleyn, through his association with Philip Henslowe and Christopher Marlowe, ignited the theatres on London’s Bankside with thrilling and ground-breaking plays. His most important legacy was the founding of Dulwich College, the “School of God’s Gift”, in South London 400 years ago.

Named for Ernest Shackleton (1874 – 1922). Sir Ernest Henry Shackleton was born in Ireland, graduated from Dulwich College and is hailed as one of the greatest explorers of the 20th century. Known for his great leadership and perseverance, Shackleton led a Trans-Antarctic Expedition in 1915 that met disaster when his ship, the Endurance, became trapped in the polar ice. Shackleton led his men to shelter and then sailed out in a small open boat (now on display at Dulwich College London) to seek help. He returned and rescued his crew, all of whom survived the ordeal.

Named for Soong Qingling (1893-1981). Soong Qingling held several prominent positions, representing the Chinese Government in her travels abroad in the early 1950s. She demonstrated an unswerving commitment to human rights and the elimination of poverty. She was Honorary President of the All China Women’s Federation and formed the China Welfare Institute, dedicated to the welfare of children. She was named Honorary President of the People’s Republic of China in 1981, making her the first female president of an Asian country.

Named for Yung Wing (1828 – 1912). When Yung Wing, also known as Rong Hong (容闳), graduated from Yale University in 1854, he became the first Chinese student ever to graduate from an American university. Born in Zhuhai, Yung Wing is commonly known as the "forefather of the modernisation of China", and his greatest achievement was to persuade the imperial Qing Court to permit the "Chinese Educational Mission".

We encourage students across the College to involve themselves in the wider College community and offer support to one another. Our Student Council is made up of students from each year group who learn to listen and work with one another while voicing the views of their peers. Our most senior students are encouraged to take on additional responsibilities and to act as ambassadors for the College. Each year, our Head Boy and Head Girl are selected from our most senior students and a select number of students are nominated to take on the role of prefects. Our student leadership team sets a strong example to younger students and act as a point of contact for students throughout the College.

School uniform isn't about conformity, but reflects a long-standing tradition from the founding school and is a badge of pride and school identity.

Please complete the form below for enquiries to Dulwich College International. 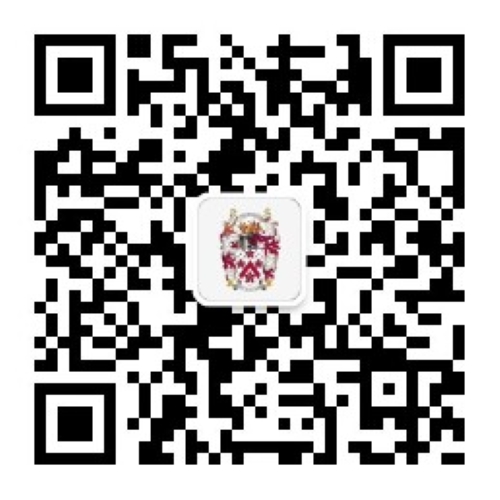 Recent History
By continuing to use this site, you are deemed to have agreed to our Privacy Policy. We use cookies to improve your experience on our site and to show you relevant advertising. For more information on how we process your personal data and use your cookies, please read our Privacy Policy.